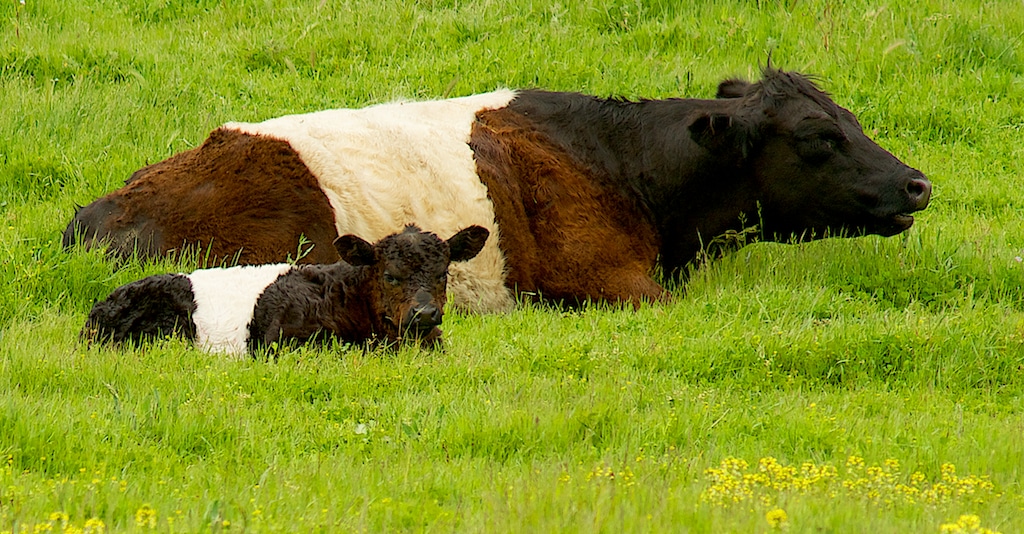 About 5 minutes from my house in Napa are the famous (at least locally) Napa Valley Oreo cows. People come from miles away to see these cool-looking bovines and marvel at their unique coloring. No, they have not been painted that way by some drunken pledges—that is just how they are born! According to Wikipedia, the undisputed leader of disputed information, this is not an accident:

“The Belted Galloway is a rare beef breed of cattle originating from Galloway in South West Scotland, adapted to living on the poor upland pastures and windswept moorlands of the region. The exact origin of the breed is unclear although it is often surmised that the white belt that distinguishes these cattle from the native black Galloway cattle may be as a result of cross breeding with Dutch Lakenvelder belted cattle.

Belted Galloways are primarily raised for their quality marbled beef, although they are sometimes milked and purchased to adorn pastures due to their striking appearance. In the US these cows are often informally known as “police car cows,””panda cows” or “Oreo cows” after the Oreo biscuit..”

There, today we have learned something about cows. Anyway, my wife drove by one day a few weeks ago and saw baby Oreo cows—Oreo Veal?—and asked me to go take a few photos to eventually put in a nursery room. Very good idea. It’s nice to get out of the studio and take a break from wine bottle photography. And it’s also a very good idea to do what your wife says.  There, now we have learned TWO things today.